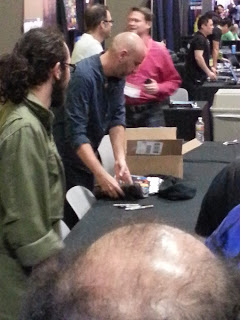 And good luck finding a copy of this variant.  As of yet (the afternoon following the event) no copies have shown up on Ebay, but I would guess they will eventually.
Posted by Andrew Hamlin at 2:13 PM