Spider-Man Comic Appearances for May 9, 2012 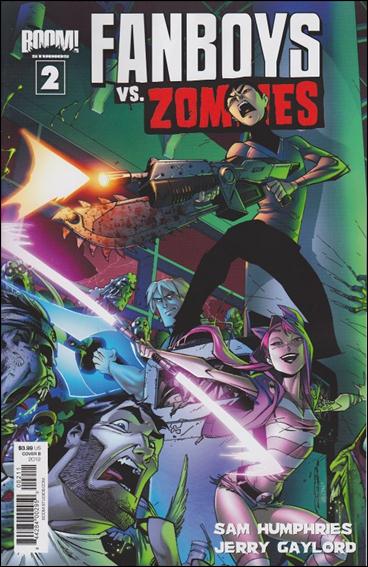 It's been a while since I could say it with a straight face, but there are no variant comics released this week with a Spidey appearance.  Woo hoo!  My wallet has been spared a terrible fate.

There are, however, 8 awesome non-varianty comics with a Spider-Man appearance.

The most fun appearance this week is Fanboys Vs. Zombies #2.  The regular cover B has a blink-and-you'll-miss-it shot of a zombified Spidey attacking the comic's protagonists on the cover.  If you missed it, he's in the bottom right-hand corner of the cover.

Here are all of the appearance for this week:


Have a great week boxdiving at your local comic shop.

Posted by Andrew Hamlin at 8:57 PM