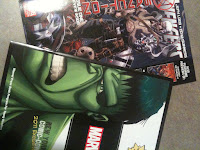 This year's New York Comic-Con featured a number of giveaway comics, toys and more.  The most prominent giveaway from Marvel was an exclusive variant of X-Men Regenesis #1.  And while Spidey doesn't appear in that one, there were two other giveaways at the con that he does show up in.

Marvel Mix-Tape #1 NYCC Variant features Spider-Man on the cover in a preview of the upcoming Avengers Sanction #1.  The series features the return of Cable on a quest to wipe out the Avengers in order to save the future.  Other previews in the comic include Feat Itself The Fearless #1, Uncanny X-Men #1, Wolverine & the X-Men #1, and Incredible Hulk #1. 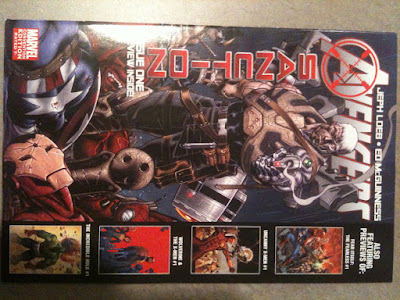 Marvel Press Book Program for Young Readers is a NYCC exclusive comic promoting Marvel's latest hardback original books about their core superheroes.  In addition to information and pictures form the Spider-Man hardback book, the promo comic also includes a bound-in poster of the Mighty Avengers (full color on one side and pencil sketched on the other). 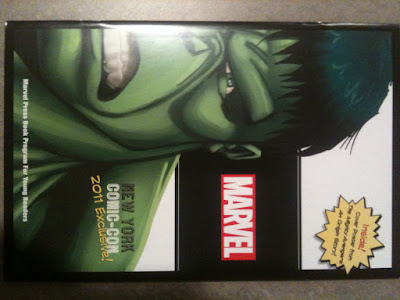 Posted by Andrew Hamlin at 9:18 AM