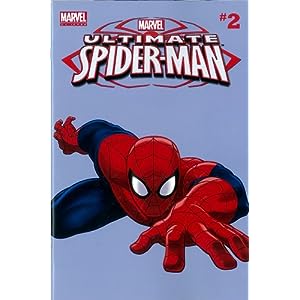 This week the Spider-Man-themed company-wide variant covers continue to roll through your bank account.

There are 13 (?) new Spider-Man comic book appearances this week, and 6 of those are variant covers, while 3 others are alternate printing variants.

Now I say 13 with a question mark because the jury is out as to whether or not Spidey appears in the latest big-news issue of Astonishing X-Men #51.  Towards the end of the book during the wedding reception, it surely looks like Spidey's hand reaches into frame to tap the shoulder of one of the mutant wedding attendees.  Now Spidey isn't shown anywhere else in the book, and their aren't many non-mutants attending the wedding at all so it doesn't seem likely he would be there.  But heck, this is a comic book.  Who said there has to be rhyme or reason to anything.  I'm just working on identifying if there is another character who would be attending and have a similar glove style (e.g. red with circular lines along the fingers).

Oh well, I'll update this post with the final findings.  Here's are the other books for the week:

And if you want to grab the possible appearance, here are the variants:

Have a great week boxdiving at your local comic shop.
Posted by Andrew Hamlin at 10:24 AM