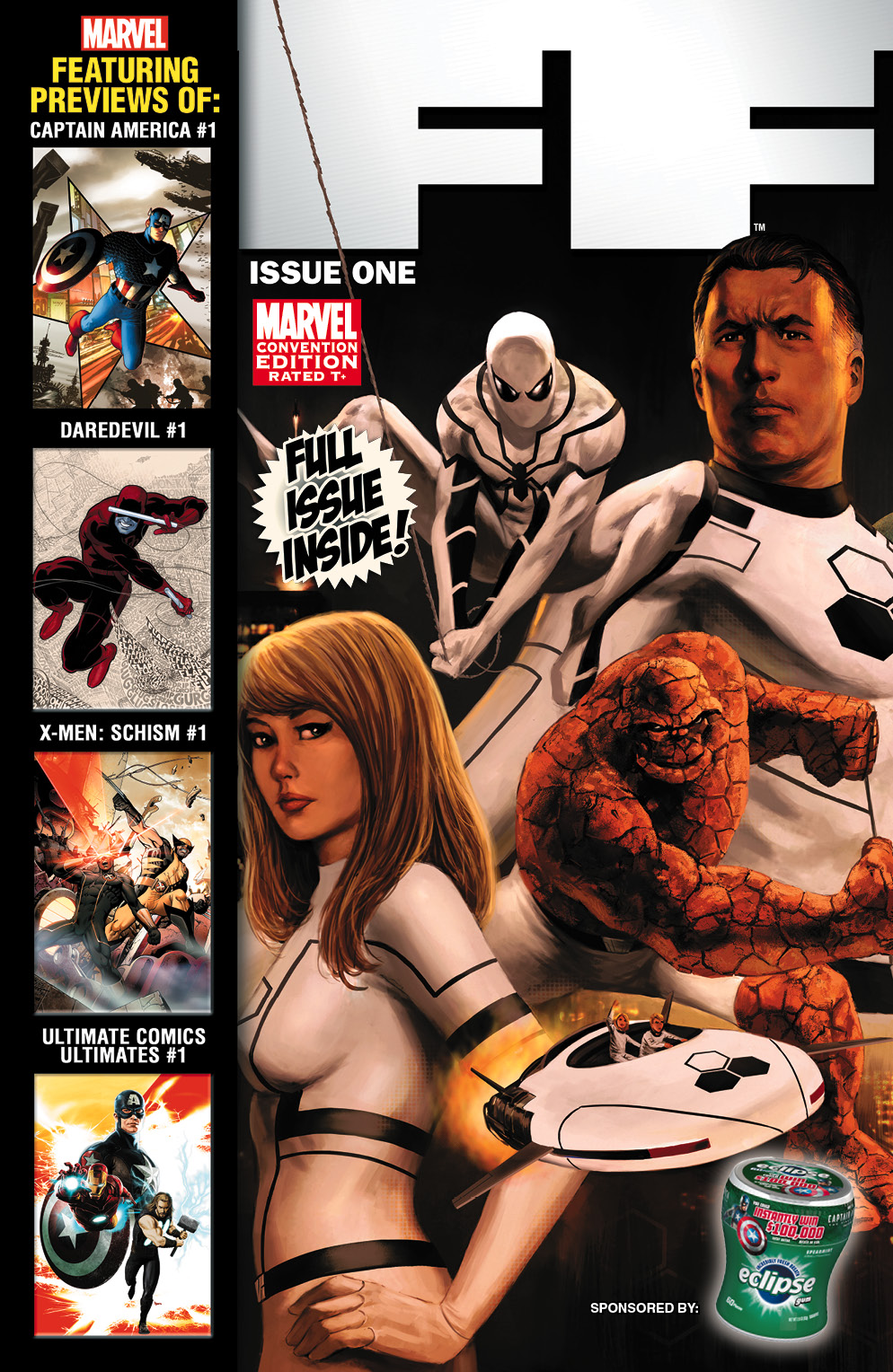 Marvel has announced their freebies to be given away at the 2011 San Diego Comic Con, and a new issue of the Marvel Mix Tape giveaway comic is included.

The comic will feature exclusive previews of upcoming Marvel comic books and the entire first issue of one of Marvel’s most popular comic books.

Based upon the cover, it looks like they're putting the first issue of FF#1 in there.  Regardless, it features Spider-Man on the cover so all of you completists will want to get this one.  Myself included.

This is the latest in a series of Marvel Mix Tape giveaway comics that have been released at major conventions over the past few years.  To date there have been 6 issues released primarily at San Diego Comic Con and Chicago Comic Con.  Spider-Man has made at least a cameo appearance in each issue to date.

The value for these issues ranges from cheap to steep (roughly $2-20 on Ebay).  A decent average would be $5 for any particular issue.  Some are a bit scarcer than others.  Here are the covers:

In addition to the giveaway comic book, Marvel will be handing out the following swag:


Have a great time this year if you make it to the 2011 SDCC show.  I'll have to get my copy of the Marvel Mix Tape comic on Ebay (sound the violins).